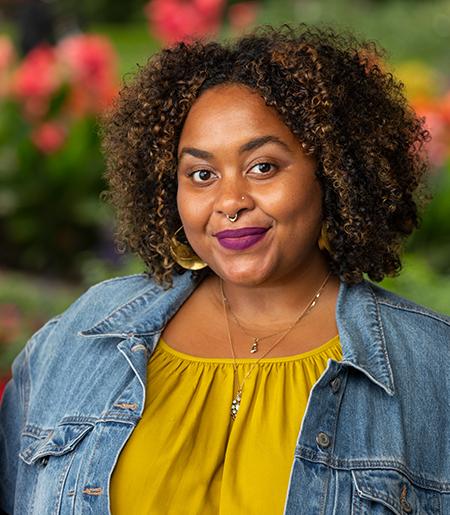 Yomaira C. Figueroa-Vásquez is an Afro-Puerto Rican writer, teacher, and scholar from Hoboken, NJ. She earned her M.A. and Ph.D. in Comparative Ethnic Studies at the University of California, Berkeley and her B.A. in English, Puerto Rican and Hispanic Caribbean Studies, and Women’s and Gender Studies at Rutgers University, New Brunswick. She is Associate Professor of Afro-Diaspora Studies at Michigan State University and the author of Decolonizing Diasporas: Radical Mappings of Afro-Atlantic Literature (Northwestern, 2020). Her forthcoming book, Archive of Disappearances: Afterimages of Afro-Puerto Ricans at the Edges of Empire, examines the disappearances and excesses of Afro-Puerto Rican island and diasporic peoples through the study of archival histories, photography, visual art, and film from the late 19th century to the present. Her published work can be found in Hypatia, Decolonization, CENTRO, Small Axe, Frontiers, Hispanofilia, Post 45 Contemporaries, and SX Salon. She is a founder of the MSU Womxn of Color Initiative, #ProyectoPalabrasPR, and Electric Marronage and is a 2015-2017 Duke University Mellon Mays SITPA Fellow, a 2017-2018 Ford Foundation Postdoctoral Fellow, and a 2021-2022 Cornell University Society for the Humanities Fellow. A first-generation high-school and college graduate, Dr. Figueroa is passionate about mentoring underrepresented and first-generation students and leads the MSU Mentoring Underrepresented Scholars in English Program (MUSE) which seeks to advise and recruit promising prospective Ph.D. students in an effort to shift the discipline and study of English. Dr. Figueroa teaches undergraduate and graduate courses in the department of English and the Chicano/Latino Studies Programs.

Archive of Disappearances: Afterimages of Afro-Puerto Ricans at the Edges of Empire

How do we trace Black diasporic life and the afterlives of colonial subjectship, US citizenship, imperial interests, and settler colonial erasure? What sources do we turn to in the absence of official records and archival materials about enslaved Africans in Puerto Rico and their descendants on the island and in diaspora? How can material culture in the 20th and 21st century offer new ways of understanding the afterlives, specters, and trajectories of a peripheralized Black diasporic population? As a 2021-2022 Society for the Humanities Fellow at Cornell University, I will grapple with these questions in my second book project, Archive of Disappearances: Afterimages of Afro-Puerto Ricans at the Edges of Empire, which traces the disappearances and excesses of Afro-Puerto Ricans in the colonial archive and in contemporary cultural memory from the late 19th century to the present. A personally inflected project, Archive of Disappearances begins by tracing the precarity of archival material related to Afro-Puerto Rican communities and ends with an examination of alternative archives –including photography and film– of Afro-Puerto Rican life produced on the island and in diaspora. Archive of Disappearances, is structured through familial and community stories which augment and complicate the narratives of disappeared racialized subjects and counters the violence of the colonial archive. The book troubles how official archives disappear Afro-Puerto Rican life on the island and in diaspora starting in the late 19th century and counters this violence by examining quotidian Black Puerto Rican life and survival. Archive of Disappearances is a public-facing humanities project that seeks to take one site of Blackness and examine it through the long durée of colonial subjectship and diasporic displacement by excavating traditional and non-traditional archives.