To mark both the Sesquicentennial celebration of the founding of Cornell University and the fiftieth anniversary of the Society for the Humanities, the Society invites scholars to reflect on the theme of “Time.” How have the humanities marked time in articulations of the disciplines, periods, and emergent futures? In celebrating the foundational role of the humanities in Cornell’s history, the Society wishes to reflect on the importance of time to the shaping of traditional disciplines while also opening the question of time to emergent areas of interdisciplinary study. Crucial to this research project will be ongoing dialogue with the recent Society topics of improvisation, global aesthetics, networks/mobilities, occupation, and sensation.

The study of time has been central to the articulation of classical and modern philosophy for which the ontology of time, the phenomenology of temporal passage, the nature of temporal properties and parts, time as fundamentally real or illusory, time and identity, have been a central concern, as has the forward movement of progress, teleology, transcendence, and the eternal return. Similarly, psychoanalytic criticism reflects on the retroactive time of fantasy and the future time of transference. Just as the marking of time is central to the study of history and anthropology, the passage and problematization of time is key to the classical epic, the Renaissance tragedy, and the modern novel. Time’s passing, particularly its march into the future, is key to the history of the avant-garde, whether artistic or ideological. Not to be forgotten is the importance to literary and media history of the speculative time of science fiction and the collapse of time in digital culture. Scholars also might reflect on the shifting temporalities of performance, from choreography and opera to performance art and new media installation, and the prominence of time in the built environment, from the time-piece to the time-image.

The Society encourages applicants to investigate the cultural, social, artistic, philosophical, and political implications of the theme. The problematization of the concept of time has been central to areas as diverse as theories of relativity, native, queer and post-colonial studies. Fellows might also consider the implications of virtual, viral, ecological, and posthuman time. Many scholars will turn their attention to the measure of time as it has been demarcated by historical periodization or marshaled to distinguish between the civilized and the profane, West and East, North and South. The threat or promise of time shapes studies of aging, ecology, global warming, and sustainability. 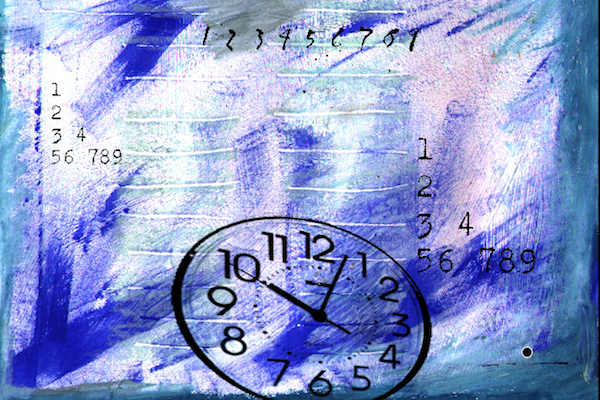 Atkinson Center for a Sustainable Future Fellow
Craig A. Campbell (Anthropology, University of Texas at Austin )