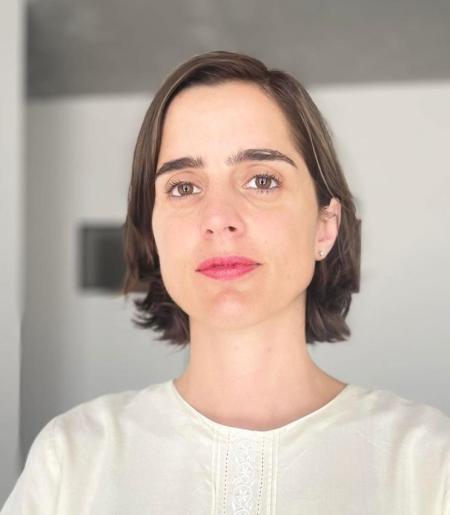 Tamta Khalvashi is a professor of Anthropology and the Head of the PhD Program of Social and Cultural Anthropology at Ilia State University in Georgia. She obtained her PhD in Anthropology from Copenhagen University (2015). She has been awarded postdoctoral fellowships from Fulbright Program at New York University, Department of Anthropology (2016-2017) and Cornell University, the Society for the Humanities (2022-23). Her research interests are located in the overlap of experimental anthropology, the interdisciplinary field of affect theory, and cultural anthropology with a particular focus on postsocialist transformations, peripheral histories, marginal social identities, space and materiality. Her article Horizons of Medea: Economies and Cosmologies of Dispossession in Georgia (Journal of Royal Anthropological Institute, 2018) has been awarded Honorary Mention from Soyuz (Postsocialist Cultural Studies Research Network of the American Anthropological Association) in the Article Price Annual Competition (2018). Currently, Khalvashi is finalizing two books Peripheral Shame: Affective City and Politics on the Margins of Georgia and A Sea of Transience: Politics, Poetics and Aesthetics on the Black Sea Coast (with Martin Demant Frederiksen).

At Cornell, Tamta will be working on her next book project, which looks at affordances of brokenness in urban Georgia. The book will evoke series of broken infrastructures in Georgian cities that give rise to reparative spaces, practices and affects. Georgia is an exemplary place for the study of affordances of brokenness. The end of the Soviet Union produced massive infrastructural breakdown of Georgian cities, generating temporary forms of maintenance and anxieties about material transience. Mending and fixing of outdated Soviet building blocks, scrap metal gleaning in dilapidated urban neighborhoods, bonding with growing number of street dogs or tending ruderal gardens in derelict streets are just few examples of (un)intended forms of reparation amidst capitalist and socialist ruins. For Tamta, affordances of brokenness exist as an excluded subtext to the post-Soviet narratives of capitalism, modernization and democracy. The book, thus, explores how such forms of reparation are imbued in everyday urban life of Georgia through human and nonhuman entanglements. While brokenness makes apparent the precarious conditions of collective existence in Georgia, it also opens up the potential for imagining new organization of life. The book builds on a previous Social Science and Humanities Research Council of Canada-funded (2015-2020) and current Rustaveli Foundation of Georgia-funded (2021-2023) study of transforming urban landscapes and infrastructures in Georgia.