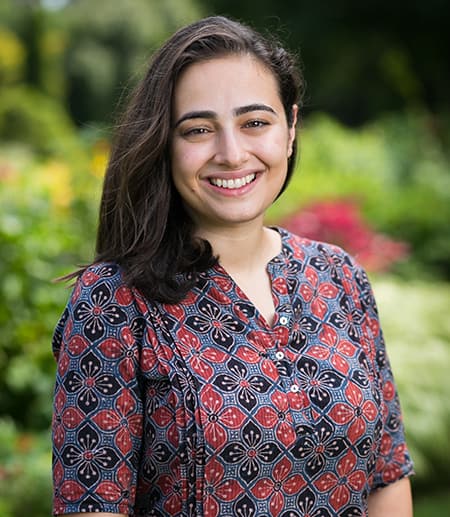 Seema Golestaneh is an assistant professor in Cornell’s department of Near Eastern Studies. My research, situated at the nexus of anthropology and religious studies, is focused on expressions of contemporary Islamic thought in the Persian-speaking world. I am particularly interested in how metaphysical experiences make themselves known in the socio-material realm via aesthetics and epistemology. My forthcoming book, Unknowing and the Everyday: Sufism and Knowledge in Iran, examines the social and material life of gnosis (ma’arifat) for disparate Sufi communities in Iran. Essentially an anthropology of the imagination, my work also relies heavily on textual ethnography and analysis, emphasizing the importance of hermeneutics within the Iranian socio-theological sphere. I am currently at work on a project tentatively entitled Utopia Lost?:Afghan Theories of Radical Poetics and Islamic Governance. Drawing largely from archival materials and oral histories, Utopia Lost investigates the dreams and aspirations of Afghan intellectuals in the late 1980s and 1990s for forms of government that did not come to pass.

Unknowing and the Everyday: Sufism and Knowledge in Iran, forthcoming with Duke University Press

‘To be Transformed into Thought Itself’: Mystical and Political Becomings in the work of Ali Shariati," Philosophy and Global Affairs, Spring 2022.

“Text and Contest: Theories of Secrecy and Dissimulation in the Archives of Sufi Iran” in Sufism and Shi’ism in the Early Modern and Modern Eras, IB Tauris, 2019.