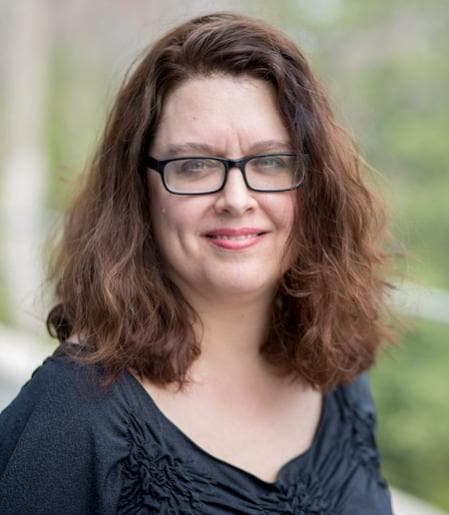 Kimberly Kay Lamm is Associate Professor of Gender, Sexuality, and Feminist Studies at Duke University. Her scholarship brings together the study of literature, visual culture, and the feminist engagement with psychoanalysis to study femininity as an aesthetic practice that challenges its devaluation. She is currently working on “Fabricating Truths: Sartorial Self-Fashioning and the Legacies of Enslavement,” which focuses on African American women writers from the late nineteenth century to the middle of the twentieth who suggest that fashionable clothing has been a language that attests to the psychic impact of slavery’s violence. Kimberly currently serves as a Research Associate at the Visual Identities in Art and Design Research Centre at the University of Johannesburg.

In her first book, Addressing the Other Woman: Textual Correspondences in Feminist Art and Writing (Manchester University Press, 2018), Kimberly explores how women artists and writers of the feminist seventies worked with the textuality of language to challenge the dominant conditions in which women are allowed to appear and address other women with the possibility of collaborating on the project of creating a feminist imaginary. She has also published in Cultural Critique, Australian Feminist Studies, Critical Arts: South-North Cultural and Media Studies, Feminist Theory, and Women & Performance.

Fabricating Truths: Sartorial Self-Fashioning and the Legacies of Enslavement

As a fellow for Cornell’s Society for the Humanities, Kimberly will be pursuing manuscript “Fabricating Truths: Sartorial Self-Fashioning and the Legacies of Enslavement,” which traces a tradition in which African American women writers made the literary portrayal of clothing a crucial part of expanding and reconfiguring the limitations racism and sexism have placed on black bodies in the United States. Emerging in nineteenth-century slave narratives and then crystallizing in the Harlem Renaissance, this tradition attests to the imaginative role clothing and fashion have played in the everyday lives of African Americans. Often referred to as a “second skin,” clothing opens the possibility of challenging the belief that race and gender can be located in the body’s visible features and characteristics. “Fabricating Truths” explores how aesthetic representations of clothing have foregrounded that challenge. Because the archive of African American women’s writing suggests that the making and wearing of clothing was an important way for African American women to derive value from and take pleasure in the work they had given to the production of clothing, Kimberly will be using her time at Cornell to become more familiar with the economic dimensions of clothing and the histories of black women’s labor.