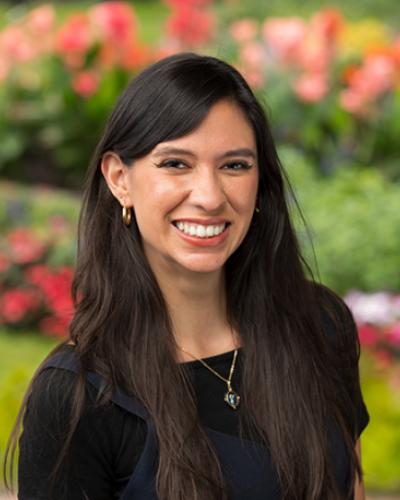 Irina R. Troconis is Assistant Professor of Latin American Studies in the Department of Romance Studies. She holds a PhD in Spanish and Portuguese Languages and Literatures from NYU, and an MPhil Degree in Latin American Studies from the University of Cambridge (UK). Her areas of specialization include: Memory Studies, Venezuelan Studies, Politics and Performance, Affect Theory, and Digital Humanities. Her book project, Spectral Remains: Memory, Affect, and the State in the Afterglow of Hugo Chávez’s Bolivarian Revolution, explores through the lens of spectrality the memory narratives and practices developed around the figure of Venezuelan president Hugo Chávez in the seven years following his death. She is also working on two new research projects. The first examines the performance work of Venezuelan artists in the diaspora. The second explores how digital technologies shape and intervene in the articulation of narratives of memory in contemporary works of Latin American fiction, film, and performance. Her research has been published in Revista Iberoamericana, The Journal of Media Art Study and Theory, Trópico Absoluto, and Latin American Research Review. She is co-editor of the digital volume Deborah Castillo: Radical Disobedience (2019, HemiPress) and co-organizer of the virtual conversation series (Re)pensando a Venezuela.

Spectral Remains: Memory, Affect, and the State in the Afterglow of Hugo Chávez’s Bolivarian Revolution

Chávez’s eyes reproduced on walls, streets, billboards, t-shirts, hats, and necklaces, watching (over) the Venezuelan people as they walk around the city.

Venezuela’s current president, Nicolás Maduro, sharing on national television the conversation he had with a bird he claimed was the spirit of his predecessor.

Chávez-themed memes circulating on social media and becoming a symbol frequently mobilized by both government supporters and the opposition in the several protests that have taken place in the country in the last seven years.

Chávez’s death in March 2013 was not the end of Chávez’s life. His eyes, his body, his words, and his performance linger in Venezuela’s public, private, and virtual spaces, creating an affectively charged atmosphere—an “afterglow”—of temporal overlaps, political irresolutions, social tensions, and magical spectacles, and embedding the (sort of) dead president with a dynamic, socially relevant, and politically active afterlife. My book project, Spectral Remains: Memory, Affect, and the State in the Afterglow of Hugo Chávez’s Bolivarian Revolution, develops a critical analysis of Chávez’s afterlife through the conceptual lens of spectrality. Actively distancing itself from an approach to practices and narratives of memory that center on the dynamic of the cult, Spectral Remains proposes an understanding of spectrality that also deviates from the subversive potential ghosts have acquired in the context of the victims of armed conflicts and military dictatorships in Latin America and elsewhere. Rather than representing a challenge to the state and an opportunity to imagine a future radically other to the one ideologically charted by militarized and patriarchal powers that thrive on the practice of social erasure, the specter in my analysis appears as a technologically-enabled, affective force that grounds authority and circumscribes imagination to the point of short-circuiting the very possibility of accessing truly innovative political futures.

“Echoes in the Desert: Digging Out the Disappeared in the Digital Age.” The Journal of Media Art Study and Theory (MAST). Vol. 1, Issue 2: “Media, Materiality, and Emergency” (November 2020).  Available at: https://www.mast-journal.org/vol-1-no-2-2020