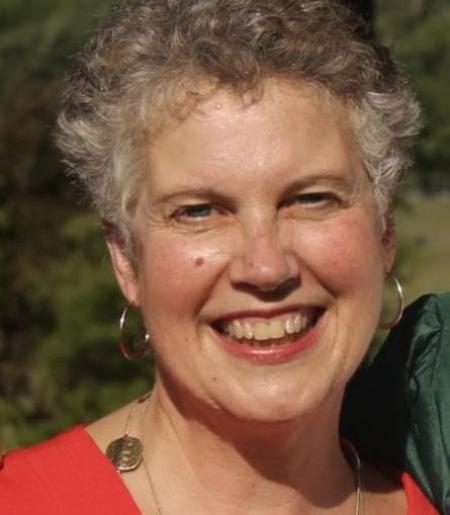 Georgia Frank is the Charles A. Dana Professor of Religion at Colgate University. Her research interests focus on sacred stories, the senses, and materiality in the first six hundred years of Christianity. She first became fascinated by Mediterranean religions through archaeological fieldwork and study in Italy, Turkey, Greece, and Egypt. Her books include The Memory of the Eyes: Pilgrims to Living Saints in Christian Late Antiquity (University of California Press, 2000) and The Garb of Being: Embodiment and Other Pursuits of Holiness in Late Ancient Christianity, co-edited with Andrew S. Jacobs, and Susan R. Holman (Fordham University Press, 2020.) She has also published several articles on the intersection of the emotions and the imagination in lay (non-monastic) Christian rituals and song. While at Cornell, she will pursue a project titled "Making and Doing Emotions in Late Ancient Christianity," a book-length project on how lay Christians learned to reenact and fabricate specific emotions at home and in other ritual spaces in the centuries following the new religion's legalization in the eastern Mediterranean.

Feeling Christian: The Reeducation of the Emotions among the Laity in Christian Late Antiquity

Despite a tendency to think of emotions as private or interior states, emotions in antiquity were crafted, performed, and public. Making emotions was at the heart of ancient education, persuasion, and spectacle. Young elites were tutored in making impersonating mythic and historical figures through stirring speeches. Trial lawyers swayed jurors to pity (or anger) by conjuring the impassioned voices of the victims. The chorus in Greek tragedy drew audiences to feel collective emotions. And public funeral processions embodied for spectators a kinesthetic grief. In short, the circulation and fabrication of emotions defined public life in Mediterranean antiquity.

Within this wider culture of reenacting and fabricating emotions, how are we to understand the emotions of ancient Christians? As a fellow at the Society for the Humanities, I would complete a book on the role of the emotions in the formation of Christian lay identity in the fourth through sixth centuries. Titled “Feeling Christian: The Reeducation of the Emotions among the Laity in Christian Late Antiquity,” the book examines how Greek-speaking Christians during the fourth through sixth centuries fabricated emotional states. As I suggest, the built environment and its ritual use had a hand in making emotions. So too did songs and sermons composed for these groups. Each chapter focuses on discrete spaces where emotions were created, conjured, or combined, and the role of Christian storytelling and ritual in guiding emotions. I consider how baptisteries, churches, streets (processions), and tombs were made into spaces in which ordinary (i.e., women, non-monastic, and/or non-ordained) Christians learned together to feel, sing, move, reenact, and embody a mix of emotions in the centuries following the new religion’s legalization in the Roman Empire.