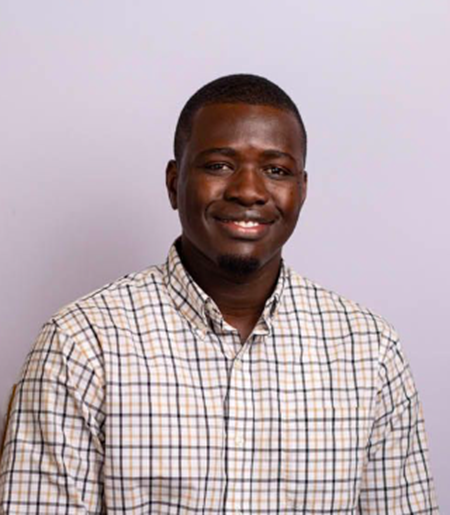 Bamba Ndiaye is a Mellon Postdoctoral Fellow in the Society for the Humanities and the Music Department. He received his PhD in Comparative Humanities with a concentration in Culture Criticism and Contemporary Thought at the University of Louisville where he also taught classes including Social Movements in the Black Atlantic, Creativity & the Arts, Intro to Pan-African Studies and French, among others. His research interests focus on protest movements in the Black Atlantic, Pan-Africanism, soundscapes of social protests, Black popular cultures, and postcolonial theory. He is the author of several published and forthcoming peer-reviewed articles and book chapters including “African American Evangelic Missions and Social Reforms in the Congo,” “Hip-Hop, Civic Awareness and Anti-Establishment Politics in Senegal,” and “Social Movements and the Challenges of Resources Mobilization in the Digital Era.” As a Mellon Postdoctoral Fellow at Cornell, Bamba will be working on his book project entitled Black Social Movement and Digital Technology. Using the Y en a marre movement in Senegal as a case study, this project examines how social movement in Francophone West Africa are spearheading a renaissance of Pan-Africanism which he calls “Neo Pan-Africanism”. His project also delves into the use of digital technology, music, and social media as means for contemporary African social activists to foster transatlantic connections and racial solidarity, and to coordinate mass actions against power establishments in the Black Atlantic. His secondary project investigates the use of digital technology and music streaming platforms in the production and commercialization of Francophone West African hip hop. Bamba is the recipient of the 2018 Barbara Harlow Prize for Excellence in Graduate Research at the Annual Africa Conference at the University of Texas. He is also is also recipient of the Roberson Fund for Research in African Studies as well as winner of the Anne Braden Social Justice Paper Award at the University of Louisville. He is the creator and host of The Africanist, an academic podcast that investigates historical and contemporary issues in the Black Atlantic.

The emergence of the Y en a marre movement in 2011 has reshaped the face of social activism in Francophone sub-Saharan Africa especially in Senegal. In the span of ten years, Y’en a marre has become the most iconic among the civil societies in the region thanks to their innovative activism that embraces digital cultures and popular music. Their effective opposition to the Wade regime between 2011 and 2012 reverberated beyond the Senegalese border through their slogan “touche pas à ma constitution” (Do not touch my constitution), a rallying cry that young people in Burkina Faso and the Democratic Republic of Congo later appropriated, thus giving the movement a Pan-African platform. In 2018, Y en a marre co-initiated the formation of Affrikki in Dakar, a Pan-African network that gathers Black social movements across the Atlantic. The birth of Y’en a Marre and their confrontation methods (street protests, verbal attacks via radio, TV, concerts, rap sons to name a few) as well as their involvement in the inception of Afrikki raise several interrogations that my project aims at exploring. What triggers the formation of social movements in contemporary Senegal and Francophone West Africa? How does Y’en a Marre’s blueprint fit in the general struggle for Pan-Africanism today? How are music and digital technology used to foster a transnational solidarity and coordinate mass actions against power establishment in the Black Atlantic? How do African/Black social movements engage with local communities amidst a global pandemic?

In trying to answer these questions, my project explores how social movements, like Y en a marre, in Francophone West Africa are spearheading a renaissance of Pan-Africanism that I call “Neo Pan-Africanism”. It also delves into the use of digital technology, music, and social media as means for contemporary African social activists to foster transatlantic connections and racial solidarity, and to coordinate mass actions against power establishments in the Black Atlantic. Finally, this project analyzes what I call “Pandemic Activism” given that African and African diasporic social movement activists have become frontline workers to mitigate the damages caused by the coronavirus in vulnerable communities.

This project is grounded in extensive ethnographic fieldwork that has allowed me to conduct oral histories and collect data from Black Atlantic social activists, political actors, movement scholars and archives in Dakar. It also engages with African/Black social movements' digital footprint to better understand the transatlantic impact of online mobilization strategies and online mass action and their downsides.