The focal theme, “The Virtual: Old and New,” encompasses the history, practice, and theory of the “virtual” in the humanities. Studies can range from historical analysis of philosophical, literary, and artistic concerns with “idea,” “dream,” “imagination,” “utopia,” “verisimilitude,” “image,” “ideology,” and “imagined communities” to research in recent theories and technologies of digital and cyborg culture. Proposals for experimental forms of research and artistic practice are also welcome.

Our goal is to establish a critical dialogue between new and traditional concerns with the “virtual.” How might one understand the history and practice of utopian thought? What role does the thought and ideology of virtuality play in philosophy, from Plato’s “idea” to the “ideas” of Hume and Husserl? What are the relations between literary fantasy and ideologies of race, nation, class, gender, and sexuality? What role has virtuality played in religion, for example, in ideas of community, transcendence, and redemption? How do different notions of virtuality in psychoanalysis and aesthetics inform the study of technologies of representation, from portraiture, landscape, photography, and performance to cinema, television, the arts, and music? Finally, how do historical precedents in thought, literature, and art (from dream and fantasy to empire and utopia) correspond to experimentation in hypertext, electronic art, video, world-wide webbing, and cyborg technology? How does the analysis of new and old forms of virtuality inform research in philosophy, ideology critique, literature, psychoanalysis, performance, and visual culture?

In proposing “The Virtual: Old and New” as its focal theme, the Society for the Humanities invites the applications of scholars and practitioners from various disciplines who are interested in investigating and discussing this topic from different perspectives. 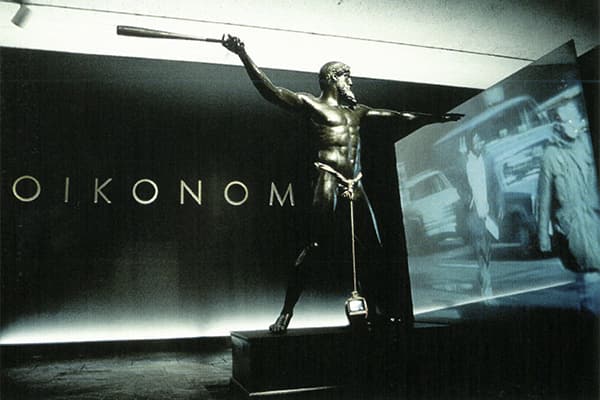