Anna Watkins Fisher on her new book, The Play in the System: The Art of Parasitical Resistance

This iteration of the Fellows' Q&A series features Anna Watkins Fisher, Assistant Professor of American Culture and Digital Studies at University of Michigan, who was a Mellon Postdoctoral Fellow (2012-14) in the Society for the themes of “Risk” and “Sensation.” Her new book, The Play in the System: The Art of Parasitical Resistance, was released by Duke University Press earlier this week. (An open access version is also available here).

The Play in the System explores what artistic resistance looks like in the 21st century, when disruption and dissent are easily co-opted and commodified by market strategies. The book responds to the rise of a particularly insidious form of power associated with automated technologies. Under neoliberalism, I argue, power gains ground not by imposing constraints on citizens and users but by inciting them to buy in and participate; it controls precisely by presenting itself as eminently flexible, open, and participatory.

The book asks how has this particular mode of networked capitalism has altered the conditions for feminist, queer, and anti-capitalist resistance and critique. This question stems from my observation that, increasingly, attempts at resistance appear not to weaken their targets so much as optimize them, presenting an impasse for once-reliable strategies of opposition and refusal associated with late-20th-century anti-institutional and avant-garde art and critique. When one of the most salient features of this technocultural and economic shift is the co-option of resistance itself, I ask, what forms of resistance remain possible?

The Play in the System Book Cover

I am especially interested in how the tactics employed by artists and digital activists working in experimental or marginal traditions have evolved in response to this broad shift; as new technologies make it ever easier to rapidly eliminate and co-opt direct opposition, the book seeks to make intelligible new and less immediately obvious or apparently virtuous forms of artistic and popular resistance. The works I explore in the book look very little like traditional political art, and they do not offer a reassuring answer or straightforward critique of the structures they challenge. But they tell us something important about the systems of power in which they operate, for they manifest the ambivalence that necessarily contaminates any artistic or critical project of resistance today. They demonstrate a sense of being out of options. But more hopefully, they outline ways it’s still possible to express a kind of resistance from within this problematic.

I locate the possibility for resistance in artists who embrace parasitism—tactics of complicity that effect subversion from within dominant relations. I explore how parasitism has been taken up by artists on the margins, from hacker collectives like Ubermorgen to feminist writers and performers like Chris Kraus and Ann Liv Young. Parasitical artworks wedge open—redirect or subtly re-incline—the mechanisms used to justify and legitimize the privatization of resources and access.

Consider for example the ambivalent status of Ubermorgen’s Amazon Noir (2006). The artwork is a bot that the digital hacker art collective created to take advantage of Amazon’s “Search Inside the Book” feature, multiplying the requests by the thousands and reassembling the pages into PDFs that were distributed for free via peer-to-peer networks.

The artwork is part of a trilogy by the group (in collaboration with Paolo Cirio and Alessandro Ludovico) that sought to exploit “unexpected holes” in the systems of the three biggest media corporations (including Facebook and Google). After Amazon threatened Ubermorgen with legal action, the case was settled out of court with Amazon buying the Amazon Noir software for an undisclosed sum on the condition that Ubermorgen sign a nondisclosure agreement, effectively containing the disruption and restoring the former system. What had previously been a fairly straightforward subversive artwork thus became financially implicated in Amazon’s black-boxing practices. But by making Amazon the patron of their work, the group also sold out.

What are we to make of the dual effect of this action, I ask? Does Amazon Noir ultimately reject or reinforce Amazon’s monopolization of information? Is the artwork resistant or complicit? And more to the point, are these designations mutually exclusive?

To answer these questions, The Play in the System advances two core arguments: first, that powerful entities, from corporate platforms to advantaged individuals, operate by performing hospitality, masquerading as generous while instrumentalizing precarity; second, that this performance of what I call coercive hospitality affords a narrow opening for parasitical resistance, however compromised.

To elaborate this potential, the book traces a genealogy of parasitism as a covert mode of subversion, from its little-known origins in ancient religious rites to its adoption in modern information theory. Long before it came to be associated with biology, parasite referred to a priest or temple assistant permitted to dine with superior officers and enjoy meals at the host’s expense (meaning “next to” the “food” [para sitos]). My argument is that the parasite, itself an insidious figure, is uniquely positioned to contest neoliberal power by leveraging the host’s investment in appearing open, inviting, and accessible. Because the parasite appears to pose little threat to its host, it is invited in; when the host does identify it as a (minor) threat, the parasite uses external pressure to manipulate the host, forcing the host to accommodate it.

Space for resistance is thus found in the mutually, if unevenly, exploitative relations between dominant hosts giving only as much as required to appear generous and parasitical actors taking only as much as they can get away with.

By seeming harmless or even sympathetic to their hosts, parasitical agents introduce forms of interference that repurpose complicity into a tool of resistance: siphoning and undermining their hosts in plain sight, potentially to redistributive ends. Space for resistance is thus found in the mutually, if unevenly, exploitative relations between dominant hosts giving only as much as required to appear generous and parasitical actors taking only as much as they can get away with.

The book’s chapters proceed from the more palatable examples of this tactic to the more challenging. While the feel-good conceptualism of Amazon Noir looks a bit like a Robin Hood story, with hackers robbing the powerful and redistributing the spoils to the people, when later artworks use the same parasitical tactics against individuals, without the same altruistic effects, it can be harder to see them as resistance. As the political stakes of the works get messier, I argue, they increasingly display the critical and ethical limits of parasitism as a minoritarian tactic.

During the course of writing the book, it became clear that my own investment in a feminist and anticapitalist mode of criticism was undermined by certain parasites’ opportunism or self-destructive drive. As the chapters develop, there are more and more moments when the parasite’s risky tactics exceed my critical containment measures and escape my grasp. As I was writing the book, several of the artists began to respond to, contest, and even plagiarize previously published chapters’ characterizations of their practices as parasitical—culminating, in the coda, in a chain of events whereby the conceptual artist Roisin Byrne, previously known for stealing and forging the works of well-established male artists, began to steal and forge my scholarship on her parasitical art practice. These moments forced me to recognize my own attempts to immunize myself against the parasite’s work — to manage, to suppress, or to redirect certain parasites’ at times unethical or volatile charge.

It is not a matter of liking these works, many of which have been described by critics as unlikeable or unsavory, for they are largely uninterested in formal concerns or aesthetic pleasure; rather it is a matter of contending with their critical force. The book is not a work of advocacy, but of critical analysis: its aim is not to deliver judgment on whether the artworks are good or bad, but to assess parasitism’s new visibility, its potential and limits as a compromised praxis of resistance in the fields of contemporary art and interventionism, and to ponder what this tells us about the conditions for resistance and critique today. While the parasite can be critically and politically useful, it is only a temporary vector, a moment of possibility: when it finishes its work, it is no longer a parasite.

The was the wellspring of my time at Cornell and was hugely formative for my work. The Society’s vibrant and rigorously interdisciplinary community helped shape my intellectual identity and enabled me to transition the project from dissertation to book. It was during these years that I really began to periodize neoliberal hospitality as a frame for understanding the art practices I had been writing about. The chance to be in residence at the Society did not simply offer needed time and space for collaborative exchange, deep thinking, and immersive writing; it was the rarest of opportunities to be in dialogue, to sit elbow-to-elbow over lunch, with some of the most exciting and important scholars working today. 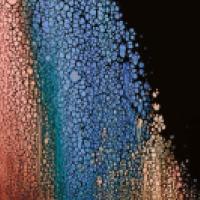