Announcing the 2021-22 Fellows at the Society for the Humanities:

Society for the Humanities Fellows

Leslie M. Alexander, History, Arizona State University
How We Got Here: Slavery and the Making of the Modern Police State

Society for the Humanities Faculty Fellows

Afifa Ltifi, Africana Studies
In the Wake of the “Middle Passage”: Maghrebean Blackness and the Afterlives of Trans-Saharan Slavery

The Society for the Humanities at Cornell University seeks interdisciplinary research projects for residencies that reflect on the theme of afterlives.

In times of revolt, times of shutdown, times of crisis, times of hope and transformation, the focal theme of afterlives raises the double question concerning all moments of transition, upheaval, or demise: What lives on and what comes after? What survives, what fades away, and what emerges changed?

In their diachronic trajectories, the humanities are inseparable from multifarious afterlives. This is evident in the ghosts and specters that haunt history and texts; in spiritual afterlives and rebirths; in artistic, psychic, and intellectual residues and traces; in the notion of ‘aftermath’ whether nuclear, natural, or traumatic; in reception studies and the re-use or re-coding of tales, texts, motifs, images, and ideas; in posthumanist futures, science fictions, speculative ecologies, and multispecies ethnographies.

Afterlives can be utopian projects – from heavenly lives to post-capitalist, post-work, and post-family societies – as well as strangely mundane worlds, in which the flip side of catastrophe is often the quotidian task of living on and with its aftermath. In fact, afterlives all too often have their violent modalities such as the enslavement of Black and Brown bodies persisting in the form of Jim Crow, segregation, mass incarceration, and daily microaggressions.

At stake in afterlives is, then, not only what lives on, but how such ‘living on’ occurs – its modalities, mechanisms, processes, and translations – in which something both recognizable and new, ongoing and ‘eventful,’ persistent and epochal is at work. Thus, we are interested in not only the afterlives of artistic movements, historical periods, literary styles, economic orders, political regimes, and religious institutions, but also how such afterlives are possible in the first place. What structures and enables (pragmatically, imaginatively) the afterlife of events, ideas, and institutions? What needs to take place for something truly new to emerge?

The theme of afterlives asks us to consult both histories and imaginaries, theory and practice, to interrogate how cycles are reproduced or radically ruptured. 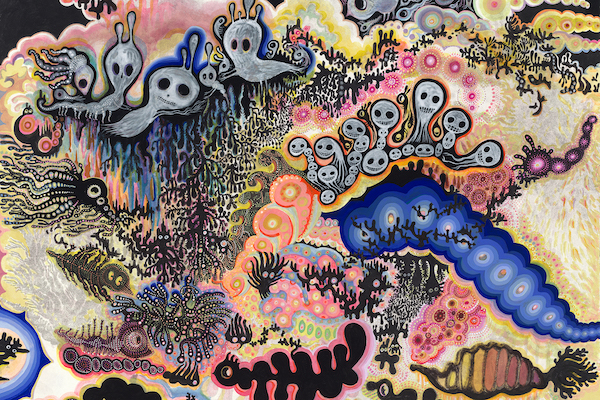